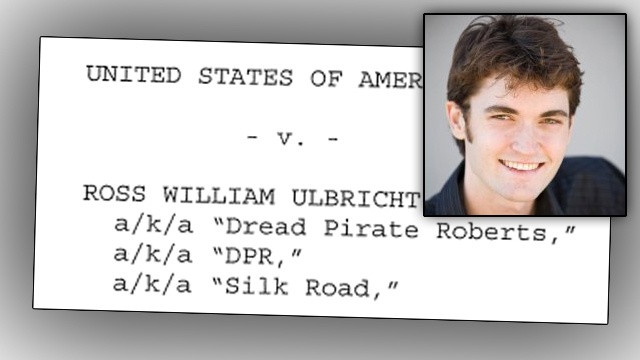 Ross Ulbricht, the founder of Silk Road, was sentenced last week to life imprisonment without the possibility of parole.  His crime was creating a piece of software that allowed completely anonymous market transactions between individuals or groups of individuals.

Anonymous market transactions have existed since the beginning of human commerce.  In nearly every instance in which a major corporation chooses a parcel of land on which it intends to build a manufacturing or distribution facility, it uses a dummy corporate entity as the purchasing agency.  It does this for sound competitive reasons.  If a competitor knew, in advance, the plans of a competing organization it could anticipate and react in ways to stifle the new development.  Likewise, a company that plans to get into the computer market place would usually contract and buy components anonymously for the first build.  This way the company can surprise its potential competitors and hopefully gain a market edge.  There are thousands or other examples where anonymity is necessary for a healthy competitive business environment.  Even individuals benefit from anonymous commerce.  Many individuals prefer anonymous purchases to prevent sellers from aggregating information about them, which generally results in unwanted and annoying solicitations.  Millions of people buy stocks and other commodities in the names of trusts or blind corporate structures for sound business and personal reasons.  Even charity frequently requires anonymity.  The Benefactor may not want publicity, or, for a personal reason does not want to be associated with the entity they are benefitting.  Or they simply are modest, or they don’t want to publicize their wealth for obvious reasons.  Secrecy and anonymity are essential for a smoothly running financial universe.  This has been the way of the world of commerce for thousands of years.

This necessity for anonymity, however, has attracted criminal elements for as long as anonymity has existed.   A benefactor making a large contribution can create an offshore corporation using proxies to hide his identity.  So can the Sinaloa Cartel when they want to hide a substantial monetary transaction.  So can anyone engaged in illegal activities.  This is the nature of the beast we call society.  Society has always had criminal elements. It always will.  But we somehow live with it and survive.  How did we arrive at a place where a bar owner is not arrested when his patrons make shady deals in his booths while having dinner, but we sentence a man to life imprisonment because he creates the same environment on the internet?  Am I the only one here who sees the insanity of this?

The tradition of anonymous speech has existed for millennia.  The founding fathers of America published numerous papers using pseudonyms, and the Supreme Court has repeatedly upheld the rights to anonymity.   Even the right to anonymous political campaigning was established in the U.S. Supreme court in their decision in McIntyre v. Ohio Elections commission (1995), with the majority opinion writing: “Anonymity is a shield from the tyranny of the majority”.

Law does not only protect anonymity, it, in many cases requires and enforces it, for example: in laws regarding voting in free elections.

Society cannot function without the option of anonymity.  Anonymity is necessary for the existence of privacy and freedom.  Personal anonymity provides irreplaceable benefits for the individual:

Oppressive political regimes have existed since government was first invented, even within democratic countries.  Dissidents within these countries cannot speak openly about political abuses, such as racial, religious or cultural oppression, without serious risk to themselves, their families and their friends.  Without the possibility of anonymously distributed information, the world at large would never perceive the reality of the regime in power, and repression would continue or increase unnoticed by the world.

In anonymous discussions, issues of race, gender, social status and other factors, which are generally judged, disappear.  What people perceive is a person’s intelligence, humor, eloquence etc.  People therefore feel, and are treated, more equal.

Anonymity allows a person to open up and reveal important or delicate issues about themselves that they could not, because of shame, shyness, etc., otherwise disclose.  This opens the door for help and assistance in some cases.

Whistle blowers that reveal dangerous, illegal or unjust situations within corporations and other agencies require anonymity to prevent being punished for revealing the problem

Witnesses to crimes are overwhelmingly afraid of retribution.  Without the guarantee of anonymity, many crimes would go unsolved.

Anonymity frequently fosters honesty.  Many studies have shown that people speak more openly and honestly if they know they will remain anonymous.

These and uncountable other benefits of anonymity are guaranteed by law. The right of individuals to engage in anonymous communication was established in 1999 by the U.S. District court of Northern California.  The court’s opinion was: “People are permitted to interact pseudonymously and anonymously with each other so long as those acts are not in violation of the law. In addition, the law guarantees publishers the right not to disclose the names of the readers or users of a publication.  In 1953, the Supreme Court of the U.S. stated:

Once the government can demand of a publisher the names of the purchasers of his publication, the free press as we know it disappears.  Then the spectre of a government agent will look over the shoulder of everyone who reads.

Does this “spectre” sound familiar to anyone?

The Internet was not designed with the concept of anonymity in mind.  Each and every communication has an IP address attached to it, which uniquely identifies the specific computer, smart phone or mobile device that sent the communication.  At the inception of the Internet, no one dreamed that it would virtually replace every other means of communication and would become the platform upon which society would restructure itself.  It is a major flaw that has never been sufficiently resolved.  Attempts to correct this massive flaw have met with disaster.  Napster was sued and had to shut down. Kim Dotcom was invaded by the U.S and fighting extradition. Ross Ulbricht was sentenced to life in prison (just to name a few)

Is this what we have come to?  A fearful government, panicked about the criminal elements of society using what they have always used, only now on a more massive scale, choosing to oppress the general law abiding population by removing yet one more freedom that has been guaranteed to us by law? 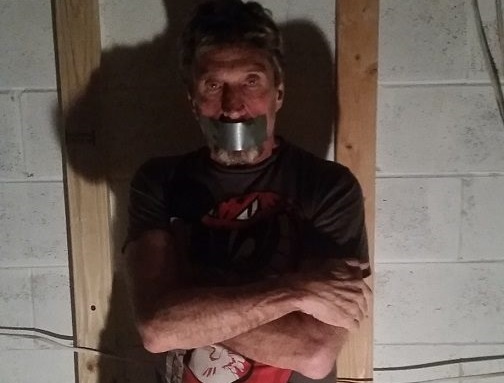 Well, I am not standing for it.  I am speaking my mind, which, if you look into yourselves deeply enough, I believe you will agree with me.

Why is no one else speaking out?

27 Responses to “The Imperative of Anonymity”