HomeEmail to Mike Calce aka MafiaBoy
Posted by: WhoIsMcAfee , January 27, 2015 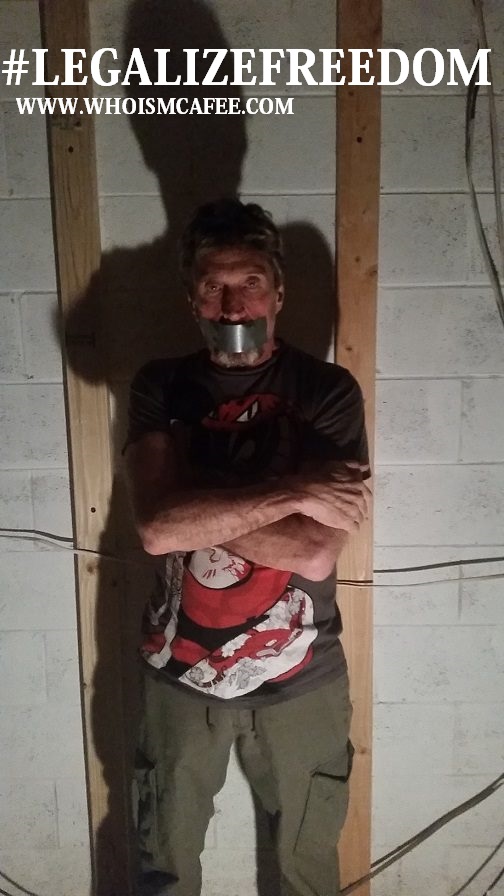 It was good talking to you Mike. The world is in a precarious place right now. Widespread fear has moved people to abdicate control over their lives in exchange for the illusion of security. Governments have universally reached for the Holy Grail of dictatorship – absolute knowledge of what every citizen thinks, feels, and acts, from which absolute control comes as a proven corollary. The dark side of humanity has used our thoughtless and lazy dispositions to become parasites that are an order of magnitude more debilitating than anything we could have imagined a decade ago. You and I, and others like us are all that stand between what is left of human hope and potential, and the empty chasm of totalitarianism from which, I fear, there will be no escape.

I am asking you to join me in the fight to retain what fragments of personal freedom we still poses and return us to the natural state that all living creatures should be born to. I have formed the Legalize Freedom campaign and need your help. It is a dangerous fight. If we succeed, all of the worlds would be dictators, which include many current heads of state – the most powerful class on earth, will become our bitter enemies. Social networking companies, marketing companies and Google itself will try to stop us, since their very survival depends upon knowing everything about us and controlling our spending. Even the average man and woman will despise us since, to be successful, we must show them the mirror of truth which is always painful and requires great change – the one thing mankind resists more than any other.

We will be ridiculed, disparaged and maligned. This is the path I am asking you to take.

I contacted you now because President Obama’s proposed changes to computer hacking laws would make such contact, if the legislation passes, highly illegal, since at one point you were yourself a highly publicized hacker and the presumption of law would consider our contact a form of collusion which is punishable under the Draconian US racketeering laws. Yet how can anyone create anti hacking systems without understanding the mind and heart of the hacker. Without access to a hacker’s code, his methods, his acts and his plans (all illegal under the Obama legislation) how can someone offer protection against hacking? What sort of secure lock manufacturer could succeed in business if he did not know the last detail of the science of picking locks?

I sincerely hope that we can work together, with others, to stem this tide of lifelessness that is about to engulf us.

5 Responses to “Email to Mike Calce aka MafiaBoy”