By WhoisWeb?    Ever mindful of the rights of others, I made sure before we started that John knew he was being recorded.  What? lol…. At least I told him.  Chuckles aside, I asked about the whistle blower actions that still have Edward Snowden ‘hanging out’ in a Russian airport transit zone.

“Whistle blowing is troublesome to me.  It sounds on the surface to be a very good thing because it enlightens us and brings us information…..  maybe, or maybe not. But here’s why it troubles me; the concept of praising whistle blowers is exactly how Germany, under the Nazi regime, got children to tell on their parents, and then the parents were shot.  It creates a horrible, horrible state.  Obviously, if you found out your neighbor was killing children you would turn him in, or intervene in some way to stop it.”

While John takes a breath, I agree it goes without saying that being a rat….a snitch, is absolutely not a good character trait, but it’s much different from taking actions to prevent harm coming to an innocent person.  And really, couldn’t we look at this particular instance under the guise that we, the citizens of America are in fact the innocents, when up against any government entity?  So no, I don’t like the idea of praising or rewarding someone simply for ‘telling’ either, but without people like Snowden…..

“Right, I don’t want to be kept in the dark.  If someone had documents they could publish, that could prove the statements, then that might not be a bad thing.  But some people blow whistles because they’re 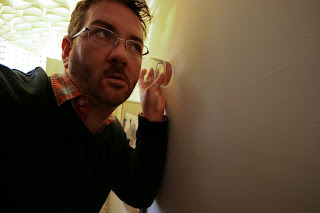 bored, and they want some public attention, and then, it ends up that we don’t know what the truth is anyway.  So I’m not going to say it’s a bad thing, just that the possibilities trouble me.”

And now, living in a world of instant everything, I worry about huge number of people who blindly read and believe almost anything posted, pinned, linked or Tweeted.  It scares me.  What ever happened to ‘Question Authority’ ~ ‘Question Everything’ ??  Unfortunate as it may be, I have now gotten to a point where believing even 50% of what I hear on MSM or from the Government is pushing my limit.  I’ve never thought of myself as cynical, but a steady diet of bullshit, with a side of propaganda has me questioning that assessment.  When I express this to John he laughs.  I think he wonders what took me so long.

“You’re not alone, I’m sick of it too.  Now obviously, those same doubts must be applied to anything leaked by a whistle blower too…….there are no guarantees.  And when we start talking about documents, the validity of which no one has any concept, we must consider what the whistle blower will get.  In Snowden’s case, that poor bastard didn’t gain anything. Nothing except being on the run, stuck in Russia.    And we didn’t learn anything new, did we?  There isn’t a sane adult in this Country who doesn’t know the American Government has been using sophisticated technology to eavesdrop on us for years. And, the Governments of many other countries too.  It is not unique to the USA by any means. “But as I said, many whistle blowers simply want public attention, they get their name in the paper many, many times, they get appearances on ‘Good Morning America.”  They have an agenda.  That makes me doubt what they’re saying.” 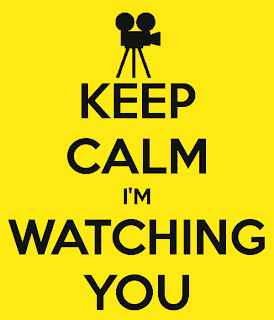 I still want to find out what he thinks about all the people who claim they didn’t know what was going on right under their noses?  I don’t want to be rude, but what has happened to common sense in this country?  How is it that so many people are no longer free thinkers I ask him.

“Well now, that’s something that goes far deeper than whistle blowing….. it goes into the mindset that creates sheep out of individuals, and yes, I’d like to talk about that another day.”

I’m already looking forward to it, and have to steer my mind back to the topic at hand.

Okay, so we conclude that the free thinkers weren’t shocked by the revelations that the US government was listening to a lot more than they wanted to admit to, and the sheeple blindly believed official statements about it being merely a ‘safety measure for our own security’.   How do those feelings change, or what other emotions come into play when we talk about ‘classified’ information being leaked to other countries then ?  Would he feel any differently about the whistle blower?  Should all nations be aware of what they are doing to each other?

“Wow, these are very, very deep questions.  Okay, I am standing right beside John Lennon…..when he wrote ‘Imagine’.  “Imagine there’s no countries, it isn’t hard to do. Nothing to kill or die for”.   I believe that Countries just need to disappear.  We don’t need them do we?  What purpose do they serve other than protect the vested interests of the powerful people of the region.  Well that doesn’t interest me.  They create a society that suits them, and in the Country next door, the powerful create a culture that suits them, but is much different than their neighbor.  I don’t care what suits the wealthy, or the powerful, I care what suits the people.  So, is it worse to give information to another Government?  I don’t know.“

But doesn’t it switch from whistle blowing to treason once it leaves our borders and involves another nation?

“Treason is a legal term, and treason is not something you want to be charged with, they will hang you.  However,  I still believe the World would be a better place without Countries”   One Society? I ask.  It seems inconceivable to me.  “Half of me says ‘why don’t we just collapse this whole big mess, and start over as one World?’ The other half knows it will never happen, but it’s a good dream…..it would equalize everything”.

At this point, we start talking about way too many things at once….war, good, bad, black, white, propaganda, media, circumstances and more …. PHEW.  I promise I will get John back on these subjects soon, he has some very interesting views (no surprise), that will surely get people talking.   There is still more with the whole leaki thing, so I read John a statistic I had just found, that quite frankly blew me away.  “Since hearing the NSA’s explanation (or reasoning) for their actions, 58% of Americans approve of the spying”

Took the words right out of my mouth.

On one of the many pages I visit, amid all the comments, I found one that seemed perfect to mold into a question.  This person had suggest that John open a school to teach all these wiki ‘greenhorns’ the proper way to successfully come out alive from a potentially life threatening/dangerous situation.  I thought I would ask what his advice to Edward Snowden would be.  “

First and foremost, as I said on Fox News, Hong Kong was the perfect place to be, and I never would have left there as he did.  I would melt in to the back alleys and get lost.  Learn Chinese, dye my hair, dress like a native, marry a local girl, get a job – cook noodles, get on with life.  Hong Kong would have been an extremely safe place …..the Chinese Government wasn’t going to go looking for him, and never would have sent him back the the United States.  It’s such an international city, with wall to wall people.  I wish he’d called me, that I’d been able to talk to him.  He’s less than half my age, and what kind of life has he got in front of him?  I would never have gone to Russia, not even as a transit country.   Look what has happened…….he has been sitting there for days”.

Has he been detained?  I hate to say this, but the Russians are notorious crooks, the country is run mostly by the KGB, and the KGB are a bunch of gangsters.  I cannot imagine how anyone would think they would find a safe haven at a Russian International Airport.  Russia’s going to do what it wants to do”.

I don’t know how he ended up in Russia….is he just waiting for transport to Ecuador?  I ask JM.   Hmmmm…..  And why Ecuador?

“It’s a gorgeous country, on the equator, with the Andes Mountains running through it, so for that reason, I can understand Ecuador.   From a security standpoint, if he can get there safely, he’s out of the reach of American authorities.  I don’t believe the Ecuadorian authorities will co-operate with them at all”.

I mention the story I heard about a trade agreement between Ecuador and the USA, set to expire the end of July.  As the story was reported, they depend on America by way of that export treaty, for a majority of their revenue.  It seems likely that they’ll use this as a carrot,  to pressure Ecuador to not allow Snowden asylum.  John doubts Ecuador’s reliance on American money, but states that he could be wrong…….agreeing there are too many unknowns,  we decide to wait and see.  Because Snowden was not the only one mentioned in that comment,  I asked what he knew about KimDotcom

” I don’t know him personally, but if I had been able to give him advice, I would have told him he was way too successful, and that having a reported 5% share of Internet traffic was troubling to the powers that be.  And how was he using that huge share?  By giving it away.  He brought too much attention to himself, which of course, is one of the curses of being ultra successful.  As more and more people knew his name, it became  virtually impossible to step away from the fame for the sake of common sense.  He should have split his company into 10, maybe 20 smaller businesses, and he would never have gotten the attention of Big Business or the Government.  He was too solid, and too unified.  The powers that be want to see you fragmented and helpless.  And that would have been my advice to him….concentrate on quietly growing your company, not gaining name recognition.  The problem is that so many people want to grow their legacy…… to be a big power.  As far as his future, I don’t see New Zealand ever turning him over to the US….. I believe he has promised to buy a laptop for every man woman and child in his new country.  New Zealand is now his home.”

Maybe the ‘McAfee Conspiracy Consultants and School of Espionage Etiquette’ should be John’s next business venture?  I bet they’d be lined up around the block for a chance to get a one on one with him, lol.   Edward Snowden and KimDotcom are both intelligent individuals who should never have ended up in the predicaments they’re now in.  I don’t know their circumstances, nor the options that were available to them, so I’m not making a judgement, I’m trying to understand.  It just seems to me, that great intelligence should not be void of common sense, and it causes me great confusion when it appears it is.   I know, I know……another day.

****Since speaking with John, there have been several updates.  Things have changed, and this Huffington Post article gives a good rundown on Snowden’s current situation.  After a German paper cited Snowden as the source for the report detailing surveillance on EA offices in Washington, New York and Brussels, Julian Assange had this to say “ There is no stopping the publishing process at this stage.  Great care has been taken to make sure that Mr. Snowden can’t be pressured by any State to stop the publication from proceeding”  This story may have just begun…..we will see.

2 Responses to “McAfee Weekly..Who’s watching who?”