HomeRow reignites between council and arts dealer over ...
Posted by: WhoIsMcAfee , February 9, 2022 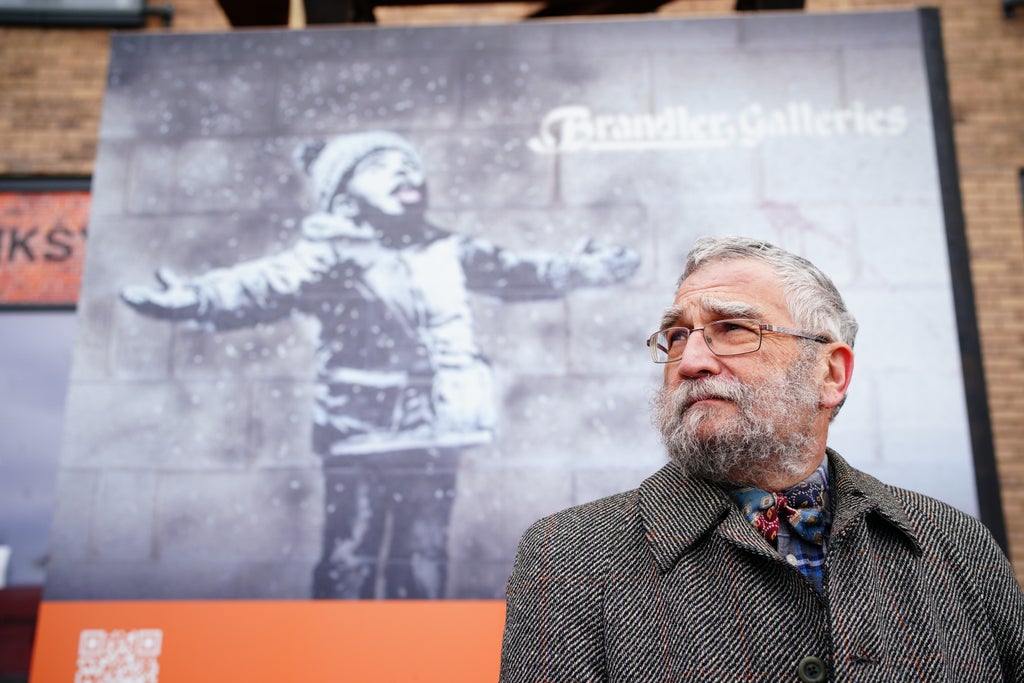 A row between an art dealer and a local council over a mural painted by the artist Banksy in South Wales has reignited.

Season’s Greetings, which depicts a message about the impact of pollution on communities, appeared on the outside of a steelworker’s private garage in Taibach, Port Talbot on December 19 2018.

The mural was then put on display in an empty shop window in Ty’r Orsaf, where it remained for the past four years. The Banksy artwork has now been removed and is due to be transported to England It is believed the mural will go on show at the University of Suffolk in Ipswich.

There has been criticism of the decision to move the artwork, with many seeing it as a “missed opportunity” for the town.

However, the artwork’s owner, John Brandler, has said the controversial move is down to Neath Port Talbot Council who he claims sent him a letter last year asking him to “take it away”.

The local authority said it had been in discussions about keeping the piece in the town but Mr Brandler had demanded a yearly six-figure sum for the loan of the mural.

A council spokesperson said: “The council was informed it would have to meet the costs of its removal and installation into a new venue, to continue to cover the insurance and to pay a fee in the region of £100,000 per year for the loan of the work.”

The cost of relocation of the artwork was estimated to cost around £50,000, the council said.

“The future of the artwork is now in the hands of its owner, Mr Brandler,” it added.

Mr Brandler, who owns Brandler Galleries in Brentwood Essex, said he had wanted to set up a street art museum in the town, exhibiting Banksy works and the works of other famous artists and drawing hundreds of thousands of visitors to the area.

But he also claimed that “fanatics” and “vandals” have tried to destroy the piece and that moving it out of Wales would ensure it would be preserved for future generations.

The mock Christmas scene, created using stencils and spray paint, includes a dumpster fire next to a child with a sledge who is trying to catch falling snow on their tongue.

The snow in the mural is black dust, a by-product of steel production, from the town’s steelworks. This fell heavily in the summer of 2018.

The Banksy Preservation Society now aims to raise enough funds through selling exclusive Banksy Non-fungible token (NFT) Art drops to buy Season’s Greetings from Mr Brandler in order to ensure it will be on display to the public.

If the scheme is successful, those who buy the NFTs will be able to have a say over where the original is exhibited.