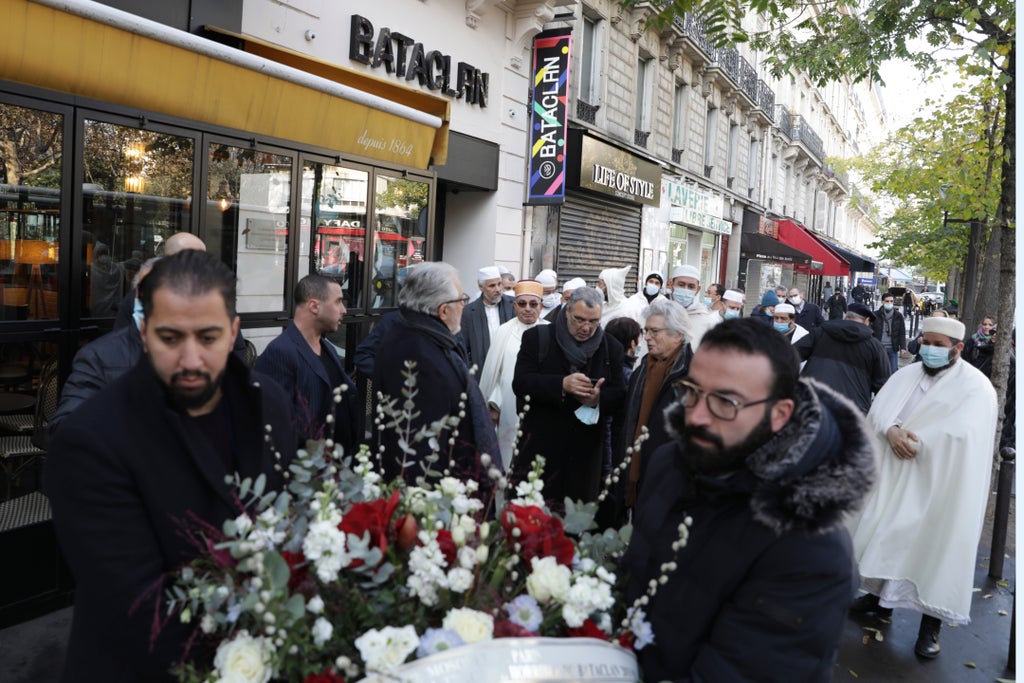 A French surgeon who attempted to sell an X-ray of a patient who was shot in the 2015 Bataclan terror attack in Paris faces potential legal action and the sack.

Senior orthopaedic surgeon Emmanuel Masmejean, who practises at the Georges Pompidou public hospital in the capital’s southwest, tried to sell the scan as a digital artwork of the patient, without their consent, on the OpenSea website, Mediapart reported on Saturday.

OpenSea is a website that specialises in the sale of so-called non-fungible tokens (NFTs), a new form of digital investment that uses blockchain technology to ensure they cannot be copied.

The image being sold by Mr Masmejean shows a forearm with a “Kalashnikov” bullet wound. Mediapart said the patient was a woman who lost her boyfriend in the attack, which left 130 people dead.

In a post on Twitter Martin Hirsch, head of Paris’s public hospitals, shared a message to staff saying that a criminal and professional complaint would be made against Mr Masmejean’s “disgraceful” behaviour.

“This act is contrary to sound professional practice, puts medical secrecy in danger, and goes against the values of AP-HP (Paris hospitals) and public service,” the message read.

Responding to Mediapart‘s report, Mr Masmejean said he accepted the attempted sale of the X-ray was “an error”, adding he regretted not having sought permission from the patient first.

In his ad posted on OpenSea, Mr Masmejean put the image on sale for €2,446 (£2,050). A description of the X-ray said the patient “had an open fracture of the left forearm with a remaining bullet of Kalashnikov in soft tissues.”

Mr Masmejean, a professor of surgery and a specialist in treating arm injuries, said that he had personally operated on five female victims at the Bataclan music hall, which was the site of one of a wave of attacks by IS gunmen.

The trial of the main suspect in the attacks resumed earlier this month after he recovered from Covid.

Salah Abdeslam, 32, is the main suspect in attacks carried out on the Bataclan concert hall, the Stade de France stadium, as well as bars and restaurants in the centre of the French capital.

The Belgian-born French national is believed to be the only survivor of the terrorist cell that detonated bombs and fired guns at people on the night of 13 November 2015.

Nine men directly involved in the atrocity either killed themselves or were killed by police.