In 1986, I worked for Lockheed Corp. in Sunnyvale, California.  I was recommended for a black program (a program that does not openly exist) developing voice recognition systems for advanced aircraft control for the United States Air Force. The problem at that time was that the G forces of which airplanes were capable made simple pilot hand movements a near impossibility.  Voice control was a possible answer.  I had privately developed a software-based voice recognition system around that time called Voice Command.  It was ahead of its time.  The Air Force wanted a piece and since I was currently working for Lockheed, a secret security clearance interview was quickly arranged.

The questions were extremely personal: 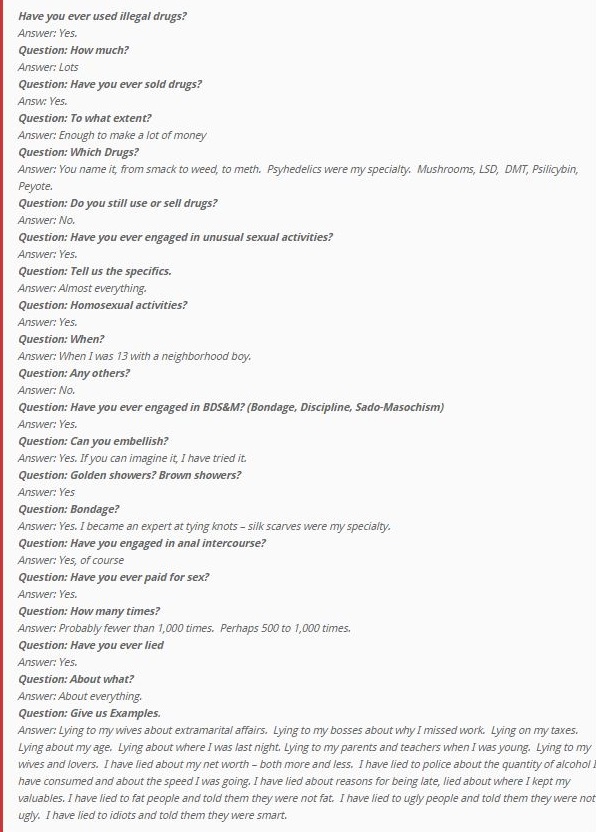 2 Responses to “Four million ways to lose your secrets”