HomeAustralia Zoo Rolls Out NFT Project to Pay Tribute ...
Posted by: WhoIsMcAfee , May 5, 2022 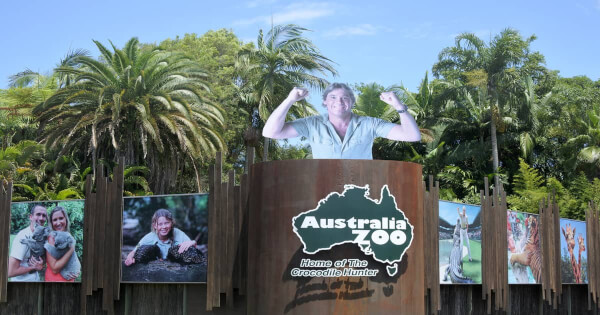 “The rare NFT project will comprise of a series of drops, each focusing on a different Australia Zoo Wildlife Warriors animal. The NFTs will be randomly generated, non deterministic, utility-driven and 100 per cent unique to the buyer.”

With the partnership with Australian-based technology startup Meadow Labs, the limited NFT series will be hosted on the Algorand blockchain based on low transaction fees, which are converted to carbon offsets.

Regarded as the home of the Crocodile Hunter, Australia Zoo is home to more than 1,200 animals. Its Wildlife Hospital has treated more than 110,000 animals since its inception in 2004.

Martin Kelly, the co-founder and CEO of Meadow Labs, sees the partnership as a stepping stone toward creating an “NFT for good” movement needed for a sustainable future.

“We’re really excited to partner with Australia Zoo in their first foray into Web3 and their mission of fighting for the planet’s wildlife and wild places, one NFT at a time. This is a sensational example of what innovative brands can achieve when they open themselves up to the endless possibilities that Web3 has to offer.”

Given that technological innovations are needed in wildlife conservation efforts, NFTs are expected to fill the void.

“At Australia Zoo we’re always open to new ways that can help continue our Wildlife Warriors mission. This green chain and new technology allows us a new avenue to continue to fight for the protection of our wildlife and wild places.”

As Australian bushfires wreaked havoc in 2020, Bitcoin donations came in handy in aiding a noble cause, Blockchain.News reported.

The decision to channel the donations through cryptocurrency was arrived at because cryptos allow funds to be raised across the globe during major disasters based on the low transaction fees accrued.