My second recommendation:   STREAMLINE YOUR LIFE – A ZEN APPROACH TO LIVING 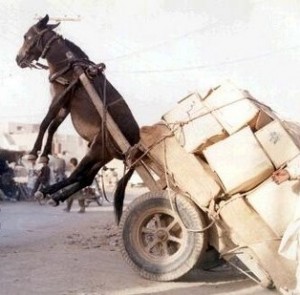 One of the fundamental problems of our existing socio-economic structure is that our perceived  obligations frequently motivate us to take on far more responsibilities, activities and interests  than we can properly attend to. We take on a large portion of these responsibilities without  giving them much thought. It is easy to take on a given responsibility but frequently extremely  difficult to drop it. And there’s our problem. We should all take advantage of this New Year to  try to drop those responsibilities which can be more appropriately taken up by others and to  streamline our lives so that we have more time to pay attention to those things that need  attention, and to care for those people that are dear to us in our lives.

We all need to sit down and fearlessly look at each and every responsibility and activity of our  lives and without pre-judgement drop those that are obviously burdensome, or that we are no  longer interested in attending to – responsibilities that could more easily be handled by others.  Let’s look at some obvious examples that most people might overlook:

Knowledge of the impending arrival of children into this world often takes us by surprise.  Yet most of us bravely take up the responsibility for these children even though the children were not exactly asked for.  Years later we may think differently. It would be nice to simply buy food and clothing for all  our children and let them do as they will.  However, the modern-day  structure of our legal system demands that we take full responsibility  for our children’s actions.  This is a daunting thought and one which  causes us to pause .  However, there is a new organization that has  recently been established that will, for a substantial fee, take full legal  responsibility for your children and contract them back into your  care.  You may therefore enjoy them or 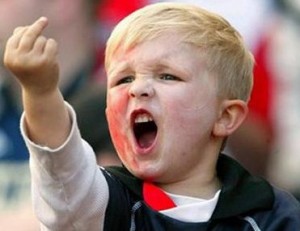 ignore them at will, and can  without any worries whatsoever, be completely unconcerned with  whatever damage they may or may not do in this world.  The  abdication of responsibility for your children, whether they were wanted or unwanted, is one of the most freeing sensations a human being can feel.  You should contact the organization in question – the McAfee Freedom Foundation – if you have any interest whatsoever in relieving yourself of responsibility for your children.  The friendly staff at the foundation can point you to other viable options if the cost of our program is prohibitive.  We are far more interested in your freedom than our profits. Viable options range from selling your children outright to any number of Asian agencies, (which, depending on age and other factors, will frequently pay handsomely), to sending them off to one of a list of recommended British boarding schools which we have vetted. Some of the options might be interpreted by overzealous agencies as bordering on statute violations in some venues, but we are certain that a competent lawyer could easily counter these claims.

We can all recognize that the energies poured into child rearing rank way up there.  However, that does not mean that the little habitual activities that we engage in on a daily basis should be ignored.  On the contrary, this is usually where we gain the greatest benefit for the least effort.  Ask yourself – who benefits from the energy that you put into your daily bathing?  It is certainly not yourself. 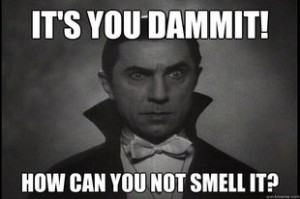 The process depletes essential skin oils, abrades the skin, removes micro parasites whose  presence is necessary for bio-balance and health, and wastes precious water.  Abandoning  the practice would place any residual burden, such as dealing with olfactory  unpleasantness, squarely on the shoulders of your family and coworkers – a concern you  need not worry about.  Likewise, in this age of digital imaging and laser printing, which has  given rise to a burgeoning cottage industry in cheap but undetectable fake ID’s, have you  questioned the value of adhering to traffic laws? A questioning mind might run the numbers  and acquire a drivers license in the name of Zaphod Beeblebrox or Christopher Gollum, and then unburden the mind from having to comprehend and commit to memory the tedious and often conflicting laws governing driving a car.

Getting back to big issues, and let’s use marriage as an example.  People frequently get married because they are simply unaware of the multitude of options available to them.  Many come to mind right off the top of my hat, such as sawing your leg off at the knee.  I am certain that many of my readers would agree that if this were the only option to marriage available, they

would unquestionably reach for the saw.  Preferable options would certainly occur to even the casual observer if some small thought was put into it.  If you’re already married then all is still not lost.  Many of you, of course, will have already considered the old standbys such as offing your spouse and turning yourself into the police, or shoving ice picks into your own ears so that you no longer are forced to listen to your spouse’s annoying drivel, and due to the extreme nature of the solution, have abandoned hope.  But history has provided countless creative solutions to this archetypal problem, many of which are quick and simple – the problem merits a bit more of your thought.  I personally favor paying some hugely attractive, intelligent and charismatic person to steal away your spouse’s heart and convince them to run away with them.  Once out of the house, tweet everyone you know and alert them to your plight, change all the locks in the house and, if children are involved, collect them up and buy them each a one way ticket to the country to which your spouse has run off, and then soundly congratulate yourself.  As a precautionary practice, you might want to sell all of your spouse’s belongings which they left behind so that any attempt on your spouse’s part to legally return can be more effectively countered.